Don’t forget you can zoom your page for easy reading and there are pause and direction buttons so you can savour the detail of this journey through time.

In bold on this slideshow are the colourful Personalities and events that bring Berkhamsted Castle’s history to life.

Read more about the Mechanics Fete in 1856 with Punch and Judy, cricket, a quadrille band, dancing and a pyrothechnist to light up the night’s sky.

Mr Crawford’s Historical Reverie of 1861 tells of a venerable relic where all was life from spring to merry Yule.

Recreation at the castle in the latter half of the 19th century included a Tring Sunday School Treat and an excursion for the Watford ragged School. Less happily, intoxication at the castle grounds led to the death of a waiter on the railway line after which Earl Brownlow prohibited the sale of liquor. Aston Clinton Temperance Society partook of an excellent tea and games. 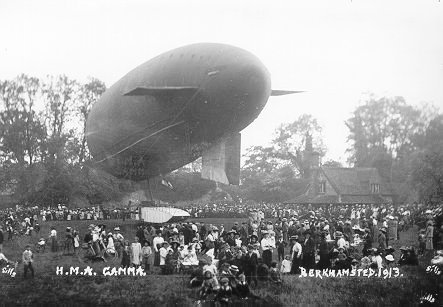 The twentieth century was notable for the Pageants which were held in the castle grounds. In July 1922 the first Berkhamsted Pageant was to commemorate the 700th anniversary of the consecration of St Peter’s church. In 1966, Berkhamsted castle again became the venue for a pageant, this time to commemorate the town’s connection with 1066.

In 1935, the Prince of Wales, later Edward VIII, addressed 500 boys at Berkhamsted School prior to visiting the castle. Later, four famous London Statues found a war-time retreat amid the ruins of a castle “somewhere in rural England.”