The twentieth century was notable for the pageants which were held in the castle grounds. In July 1922 the first Berkhamsted Pageant was to commemorate the 700th anniversary of the consecration of St Peter’s church, for which parishioners dressed up in medieval costumes.

In 1966, Berkhamsted castle again became the venue for a pageant, this time to commemorate the town’s connection with 1066.

Episodes in history were acted out, including the fight for the common, King Louis XVIII’s visit, the siege of the castle and back to William the Conqueror being offered the crown.

Few photographs survive from the event, though the Society has a copy of the programme and a chain mail costume of one of the actors in this picture. 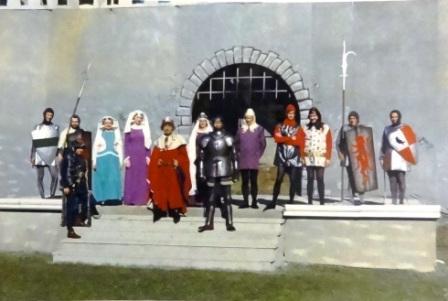