In his article in the Watford Observer in Sep 2012, Oliver Phillips described ex-secretary of Watford Football Club, Ron Rollitt, as “the one man administrative staff at Vicarage Road for 24 years or so” and “I rated him an ace man to deal with”. This article was to “express appreciation for the living and not wait for them to move on”. Ron was pleased to receive a call from Oliver, his ex-colleague from the newspaper offices where he worked after his departure from the club, especially as it happened to be his 90th birthday. 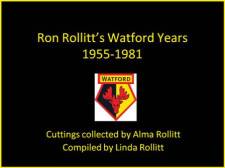 Tribute to Ron Rollitt on the RAF Benevolent Fund website.

The Rollitt family has been easier to trace as there is a family bible helpfully inscribed with names and dates of births, marriages and deaths. Our branch of the Rollitt family hails from Nottinghamshire where they made a living as wheelwrights and stonemasons.

John Rollitt was born in Scrooby in Nottinghamshire, then the family moved south. It was when they moved to Croxley that John met Paulina at the paper mill.

In 1881, John’s father Edward Rollitt was living with his family on Battlerswellsfarm in Harefield, Hertfordshire. Great Uncle Les used to muse that we should have been in the money with a farm in the family – he had an heirloom grandfather clock which records the pig’s litters on the inside of the door. However, by 1891, Edward had died and his widow was living in Croxley.

Edward’s parents were John Rollitt, born in 1796 in Elkesley, Nottinghamshire and Ann Mary née Trickett of Newark. John was a master wheelwright. They had nine children, but in the graveyard of All Saint’s church in Kirton there are headstones for John (died 1.4 years) and Edward (died 4 months). The text on their headstones bears witness to the sadness felt by the family at their untimely deaths. A few years later, another son was also called Edward and he, along with his older brother William, followed in their father’s footsteps as wheelwrights.

John Rollitt’s parents were Thomas Rollitt and Elizabeth née Bailey who married in 1793 in Gamston by East Retford in Nottinghamshire. Thomas’ parents were William Rollitt (b 1740), churchwarden of Elkesley, who married Mary née Wood in 1762. Thomas’ older brother Benjamin Rollitt married Mary Freeborough who had a daughter Christiana, whose descendants settled in Sheffield.

Contact from a sixth cousin in Barbados via a genealogy message board led to a family meeting with him and his sister, who lived in Hemel. It turned out she had met Uncle Les Rollitt at an exhibition of her artwork in the Town Hall in Hemel. 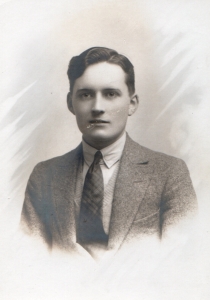 Credit goes to Simon Rollitt for his assistance with research into the Rollitts of Nottinghamshire.

With the appearance of more records from Nottinghamshire parishes, it may be that William Rollitt of Elkesley was not after all descended from a line of Rollitts from Great Oakley in Northamptonshire (as described below).

Many thanks to Graham Rollett, who wrote to suggest that Mary Killingar’s spouse was one Benjamin Rollit of Caunton Parish, much nearer to Elkesley than Northampton. They married at Fledborough church on 25 Sep 1732. Benjamin and Mary resided in Elkesley where she died in 1785. To add weight to this theory, I found a christening record in 1738 for William Rollit, with parents Benjamin and Mary, in Winkburn (a parish next to Caunton); also a death record for Benjamin in Winkburn in 1740.

Graham found that Joshua Rollett, born in Edwinstowe in 1673, had a son Benjamin in 1706. Joshua was the son of William Rollett who in turn was the son of Robert Rollett of Edwinstowe; registers of this parish can be found here.

Graham wrote: “The weakest link in the chain is from William Rollett in Edwinstowe to Joshua in Caunton but the names Joshua and Benjamin help to give some weight to the presumed ancestry. Also Joshua disappears from Edwinstowe records after his baptism, supporting the conclusion that he had moved on.”

There is a burial record at Caunton dated 1726 for a Josiah Rollet. In the absence of any other relevant records around the area and the low frequency of the Rollit / Rollett name, it seems reasonable to conclude that this is the record of the death of our Joshua who had moved from Edwinstowe to Caunton.

The Northamptonshire Rollitts can be traced back to Thomas Rowlat who was born in 1545 in Great Oakley, or Oakley Magna as it was known then. This line accommodates Hannah Hales and all her descendants (see below). 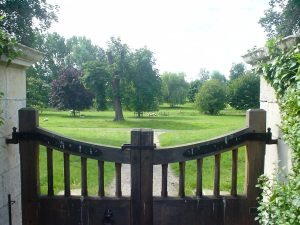 Peace in the valley at Great Oakley

Rollitt of Lincolnshire and Canada

Ruth Rollitt & Adrian Fenton have researched the Rollitts of Lincolnshire.

“The world was so much smaller than we thought it; we were all so connected…”
Charles Dickens