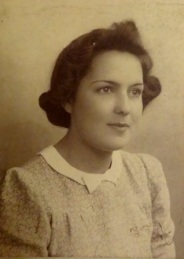 It was in Whitley Bay at a Methodist Church gathering that Ron Rollitt met local girl Alma Reed. Alma was born in the grandly named Arcot Hall cottages in Cramlington in Northumberland, the eldest daughter of William Reed and his wife Martha Jackson Bell. 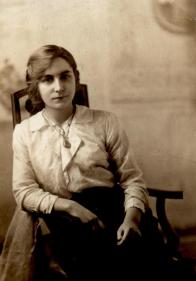 William was the youngest of a family of five, with parents Thomas Reed and Mary Ann nee Simpson. William’s older brother Thomas Simpson Reed immigrated to Australia with his family.

Like his father and his grandfather, Thomas Reed (b 1852) was a miner. In 1901, Thomas is recorded in the census as a rolley wayman, keeping the passage in good repair for the wagons and horses. His mining took him to Guidepost, Choppington where some of his children were born, then later to Longhirst Colliery. Thomas was also a local preacher of the ‘fire and brimstone’ variety. 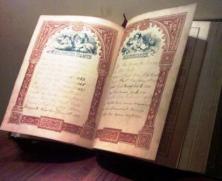 The Reeds were all miners and most likely spoke the ‘pitmatic’ broad Geordie that everyone else struggled to understand. They were self-taught intelligent people.

Thomas’ parents were Edward Reed, born in 1832 in Jarrow and Isabella nee Johnson, born in Rainton in 1832. Isabella died of phthisis (tuberculosis ) and Edward married his second wife only a few months after she died. He had 11 children in all—no wonder he died of apoplexy at the age of 65!

Edward’s sister Mary Ann married John Bunn and his brother George, who had made good in Australia, stood as sponsor for the family to travel on the ship Northumberland from Plymouth to Sydney in 1862. Although they moved back to England for a time, the family emigrated once more in 1874 and this time they stayed.

Edward and Mary Ann’s parents were Thomas Reed and Barbara Nichol. Thomas died some time between 1835 and 1841 and Barbara married Daniel Gledding. Young Ralph Reed, Edward’s son, stayed with Barbara and Daniel in 1861, just after his mother Isabella died. 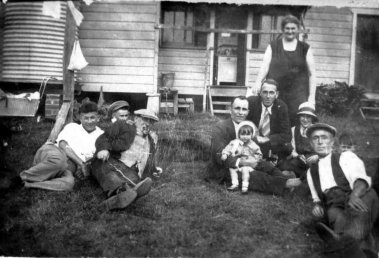 Lost cousins of the Reed family have researched their branches and we have compared notes. In Oct 2006, we met Tom and Elizabeth Wynn on a trip to England from Australia. Elizabeth is a descendant of Mary Ann Reed, daughter of Thomas Reed and Barbara nee Nichols. Elizabeth put us in contact with Kevin Reed, a descendant of Thomas Simpson Reed, who immigrated to Australia in 1928. It has been wonderful to see the family photos.