Richard Bishop’s dying wish was that his cousin Samuel Cheshire must look after his wife Eliza after his death. A family joke is that Sam certainly fulfilled his promise – he married Eliza and added five children to the family!

The only photo we have of
Sam Cheshire

Eliza and Sam lived in New Park Road in Shrewsbury within sight and smell of the gas works and close to the allotments and band-stand hall. We loved the garden with its lilac tree and gooseberry bushes; the parlour had a black range and big leather furniture.  Sam was gassed in the war and died of TB when my Dad was 16.

Sam’s service records were probably destroyed in the bombing of 1940. According to the sparse details on this card, his regiment, the 8th King’s Shropshire Light Infantry, entered France on 6 Sep 1914. Here is a summary of troop movements for this Battalion:

8th (Service) Battalion
Formed at Shrewsbury in September 1914 as part of K3 and moved to Seaford, where it came under command of 66th Brigade in 22nd Division. Moved to billets in Eastbourne in December 1914. Moved back to Mar 1915 and on to Aldershot in May.
Landed in France on 5 Sep 1915 but sailed from Marseilles 28 Oct, landing at Salonika 6 Nov 1915.

As their stay in France was quite brief and mostly stationed in Flesselles near Amiens, where did Sam’s encounter with gas take place? In an account of the 8th KSLI (by then part of 66th Regiment, 22nd Division) in Salonika, there is this description:

There was lingering gas in the Jumeaux Ravine ( probably ours!) and some of the men had to fight in respirators. Imagine, if you can, what it means to fight up a hillside under a deadly fire, wearing a hot mask over your face, dimly staring through a pair of clouded goggles, and sucking the end of a rubber nozzle in your mouth. At the same time heat is pouring down on you from a brazen sky. In this plight you are called on to endure the blast of machine-gun fire, the pointed steel or bursting shell of the enemy. Nor are you called on to endure alone ; you must vigorously fire back, and vigorously assail with your own bayonet. It is as much like hell as anything you can think of.

Sam’s main skill was in the control and welfare of horses,  which he learned in his occupation as a farm worker. The British Army had a stock of  800,000 horses at the start of the war,  but lost over  500,000 – killed and maimed by Artillery and machine-gun fire. Cavalry was still at that time believed by the British to be the best way to conduct a war. 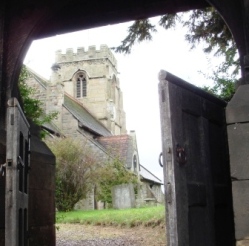 From the mid-eighteenth century (and probably earlier), Sam’s ancestors had worked the land around the small village of Upton Magna in Shropshire. In common with many rural areas, poor housing contributed to diseases that wiped out nearly an entire generation of the Cheshire family between 1813 and 1839 (as St Lucia’s church burial records show). With agricultural work becoming scarce and wages poor, Richard Cheshire migrated to “Castle Ward Without”, beyond the town walls east of Shrewsbury. Out of the frying pan into the fire… “An 1853 report states the area was ‘in a disgraceful state….no proper drainage… dirt of privies overflowing the doors… many houses with no back doors… 38 houses were one-roomed and known as cellar-holes'” (Peter Dunhill, Gazetteer of Shops, Pubs, Businesses, Churches and Schools in Castlefields and Ditherington).

Into this environment, Eleanor Cheshire was born in Walker’s Rookery, St Michael’s Street in 1866. She was only two years old when her mother died of typhoid fever. Who cared for Eleanor? Her older sister Mary (who married Richard Bishop) worked as a factory operative and her father and brother were labourers.

Perhaps it is no surprise that in growing up in such poor conditions herself, Ellen Cheshire was no stranger to the police courts when she failed to care for her own family. In one such case in 1898, she was accused of Cruelty and Depravity at Shrewsbury Borough Police Court. The case was brought by Inspector Luff of the NSPCC; she was charged with “wilfully neglecting her infant child Albert, aged 13 months, in such a manner as likely to cause unnecessary suffering”.

Mr. F.W. Williams prosecuted, and explained that the circumstances of the case were of an exceptionally repulsive character. The defendant was a single woman, who for a period had lived with her father and brother in a small house in a poor locality in Ditherington. She had had 10 illegitimate children, six of whom were now alive. No steps had been taken to establish the paternity of the children. For some years past defendant had been under the observation of Inspector Luff, and her conduct in regard to her children had led to her being summoned on two previous occasions. In February she was convicted and sent to gaol for 14 days, and a further prosecution being instituted against her in April, she [?] to go to the Sessions where she received a sentence of six weeks, the evidence on each occasion exposing circumstances of filth and general neglect of a shocking character. Since defendant’s release from prison she had been repeatedly visited, cautioned, instructed, and warned by Inspector Luff, who paid particular attention to her treatment of a baby now 13 months old. In his evidence Mr. Luff stated that he had known the defendant for some years. At present she was living in Factory Buildings, in a cottage with two rooms, one upstairs and one down. In the same place lived her brother and six children. Defendant had told him that she had had 10 children, and no father had been assigned to either of them. The youngest child (Albert), the subject of the present charge, was 13 months old, and witness had known it since it was 14 days old. It was a fine child when born, and above the average. In March of the present year witness removed the child to the Atcham Workhouse. It weighed 9 1/2 lbs., showed signs of neglect. On 16th May the child was removed from the workhouse, when it weighed 15 lb. During the two months the child was in the workhouse it gained 5 1/2 lbs. in weight. There was no disease in the child, and (bar neglect) there was every reason why the child should thrive. After the child had been taken back to the defendant, witness continued to visit defendant, and soon began to discover that the child was being again neglected. It showed signs of emaciation, and the house of the defendant was palpably neglected. Witness then gave a number of repulsive details of filthy bedding, filthy and ill-smelling things, vermin and sores upon the children, the child in question in particular. As a consequence of defendant’s drunken and immoral habits and her continued neglect, the child was again taken from her under a warrant and taken back to the workhouse. It had lost 1 1/2 lb. in six months, whereas it ought to have gained 2 lb. On being taken back to the workhouse it immediately began to improve, and within 10 days gained 19 oz. in weight. Corroborative evidence as to the prisoner’s neglect of the child and the condition of her house having been given by Police Inspector Davies and Police-constable Vale, the Bench sent defendant to gaol for three months, with hard labour. (Wellington Journal, 3 Dec 1898).

Pregnant again in 1899 with Richard John Cheshire (who died at a few months old), Eleanor ended up in Atcham Union workhouse at Cross Houses in the parish of Berrington with her three boys. 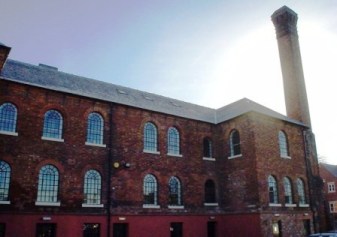 A marquee on the lawn
teacups filled and refilled
a feast for the famished
sharing her special moment.
The wedding cake’s cut,
brought round twice, one old man wheezing in delight
‘this time give us a piece that dunna bend.

From The Echoing Green by Gladys Mary Coles

Eleanor’s youngest daughter was raised by her married sister Mary Bishop, but where were the two older daughters, mentioned in the 1891 census? Thanks to the British Newspaper Archive, we can now capture the moment that Ellen lost her two daughters in a case at Shrewsbury Police Court:

Eleanor had no choice about her girls’ fate. They were not orphans, but the 1891 Custody of Children Act stripped “unfit” parents of their rights. Laundress Martha (aged 14) and scholar Louisa Cheshire (13) were inmates at Dr Barnardo’s Home in Barkingside, Essex from 1899. Life could be harsh and disciplined in this “Village Home” and family contact was discouraged, but high days and holidays, pageants, pantomimes and concerts were lovingly remembered by Florence Stevens (alas, her memoirs no longer feature online). The girls were there for two years before being wished “God be with you” in the Children’s Chapel. They were to be saved from the workhouse. Barnardo published compelling reasons for emigration to Canada, with images of children being “Taken Out of the Gutter”.

In Sep 1901, the SS Tunisian left Liverpool bound for Quebec with a consignment of 188 boys and 102 girls. Barnardo’s agent Alfred Owen travelled on the same ship as Martha and Louisa. He kept a diary which was published in Barnardo’s Canadian Ups and Downs magazine (Sep 1902). The crossing started off “blowing hard and ship pitching heavily” and sea-sickness left particularly the girls “awfully wretched”. There was no alternative but to put the children to bed “with plenty of saw-dust down – nothing more to be done”. As the three-week voyage progressed, Owen commented on the children’s excellent behaviour, the “girls a charming little party”.

A reception home was established at Hazelbrae in Peterborough, Ontario for schooling, after which children were fostered with local families and indentured to farms and in service. Inevitably there were cases of abuse and neglect, especially in remote parts of the country. Many young people lied about their shameful origins, changing their names and hampering attempts to trace them. It is not known where Martha and Louisa were placed or how were they treated in those early days, but a clue as to their whereabouts in 1902 was an entry in Ups and Downs visitor’s notebook which confirmed that they were able to see each other every day.

Further research has revealed a tragic end to this tale for Louisa (which cannot be related here for the sake of any living descendants) and Martha was last heard of in Toronto in 1907.

Would these children have fared better in the gutters of England? Snippets from a genealogical quest include: “Home Children do not talk of their past… perceived themselves as ‘discards’. Pressure by eugenicists… they might contaminate Canadian blood lines” (B. Young,Chasing Grandma, Quebec, 2001, pp.41-2). Five million descendants in Canada demonstrate the success of populating the colony, but there were also harrowing tales of abuse and exploitation, a shattering reality for youngsters who were “pushed” to “the land of milk and honey”.

Partly from an essay ‘Emigration of Home Children’ written for Oxford University course
Emigration and Transportation, 2012

In the early days of collecting information on the Cheshires, I was convinced that our family sprang from Birkenhead. Subsequently I was to find that the Samuel Cheshire that I thought was my grandfather died on the day of his birth in 1890. Tragedy struck the family again in 1901 when Samuel’s father died. The cause of death was: ‘Suffocation consequent on immersion in Morpeth Dock, Birkenhead, and there is insufficient evidence to say how or in what manner the said deceased got into the said Dock.’ Certificate received from Cecil Holden, Coroner for Birkenhead. Inquest held 5 March 1901. Widowed at 29, Elizabeth attempted to provide for her children (the oldest aged 9, the youngest just 7 months old) as a charwoman. Saddened by the plight of this family, I then found that my real grandfather was recorded as a girl living with his destitute mother and siblings in Atcham workhouse in Shropshire.