To be let, several excellent Cottages, in good repair, at Bodkin Row, Shrewsbury, near the Factory Bridge ; rent, 2s. a week ; no rates. (Wellington Journal, 15 Aug 1891). 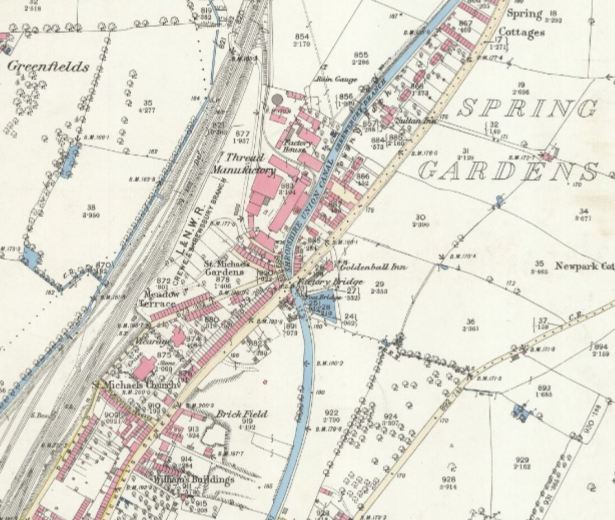 Sarah Morris, late of Wem, servant, wife of Joseph Morris, of Bodkin Row, charged with attempting to commit suicide on 3rd Sep, by cutting her throat with a knife. (Wellington Journal, 6 Sep 1879).

Goodchild of Bodkin Row crushed by an engine against a wall and had to be taken to hospital. (Shrewsbury Chronicle, 22 Dec 1882).

A child run over. A little boy named Albert Davies (5), residing at 4 Bodkin Row, admitted to Infirmary suffering from internal injuries sustained by being trodden on by a horse. (Shrewsbury Chronicle, 4 May 1894).